What’s the Most Important Vitamin for Dental Health? 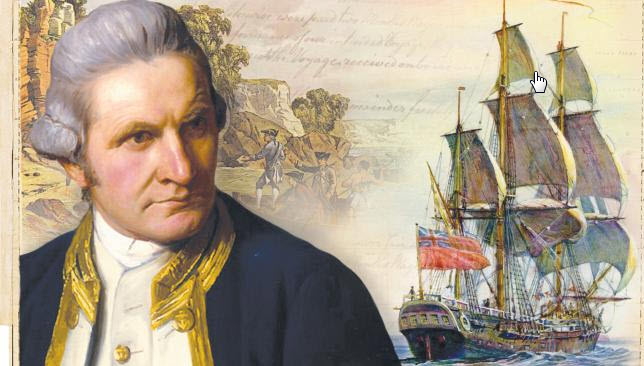 What’s the most important vitamin for dental health? Many nutrients play a role in a healthy ‘ecosystem’ in the mouth.  However, there is one vitamin that rules them in the oral microbiome, especially when it comes to connective tissue and  gums.  From the picture I think you can guess it’s Vitamin C.  But do you know the disease caused by Vitamin C deficiency?

During the age of discovery when ships were sailing the high seas in search for new lands, trade and natural resources large numbers of sailors often came down with a debilitating disease.  Here are a few little-known facts about expeditions that went bad:

Scurvy has been called “the plague of the sea.”  and is now known to be caused by a deficiency of Vitamin C.  Scurvy has killed more sailors than all other causes including other diseases, disasters at sea and from battle, an estimated 2 million.

Scurvy is a slow-moving disease, but it steadily destroys the body’s connective tissue.  Collagen is a protein that holds our tissue together.  Our bodies need vitamin C from fruits and vegetables to cross-link collagen and increase tissue strength.  Scurvy causes tissue to weaken, as evidenced by bruising, bleeding and capillary rupture.  It results in slow healing, increased bruising, sores, the opening of old wounds, and broken bones.  The best-known symptom is bleeding gums and loose teeth.  Unsanitary conditions and poor oral hygiene, just make the problem and symptoms worse.  Ultimately, if scurvy is not treated it can lead to death from heart failure.

The best way to understand its symptoms is to listen to the sailors that suffered from it.  Here is a list of the symptoms reported by ship doctors and chaplains:

How Vitamin C’s Importance was Discovered

James Lind (1716-1794), an Edinburgh surgeon, did a study on scurvy to try to identify cures.  He discovered in his research that eating oranges and lemons was the only treatment that worked well.  Cider helped some but but not enough for the sailors to return to active duty. Lind published his 400 page Treatise on Scurvy in 1753.

Since then Lind encouraged sailors to eat fresh vegetables (e.g., scurvy grass, wild celery, Kerguelen Cabbage), and fruits especially lemons and oranges.  Since that time lemon juice was also consumed.  In the 20 years after 1795, the British navy bought and consumed 1.5 million gallons of lemon juice.

Not all solutions to scurvy were understood or even popular.  For instance, Captain Cook ordered sauerkraut to be served daily to his crew.  At first there were complaints, but those died down once the crews realized its benefits.  From that time on no sailor died of scurvy under Cook’s command.  He also credited orange and lemon juice as well as malt from a fermented extract used in beer making to treat the disease.  It appears that Captain Cook was the one who won the battle against scurvy, even though he didn’t exactly know how.  In 1779 Captain Cook was awarded the Copley Gold Medal for his contributions toward improving the health of seamen.

Shortly after that Sir Gilbert Blane (1749-1834), serving as personal physician to Admiral George Rodney (1719-1792) in the West Indies concluded that lemon and orange juice were “of the greatest efficacy” in treating scurvy.  Finally, prevention and cure were joined.

The power of this simple vitamin gave the British an advantage during the naval blockade of the French and Spanish fleets during the war with Napoleon.  Because the ships of the British navy were able to remain out at sea constantly, they prevented an invasion of England.  This has been credited to the superior health of British sailors because scurvy was either prevented and treated correctly.

An Example of Vitamin C’s Importance

One of my patients used to have bleeding gums whenever he came in for a cleaning.  No matter what he did, brushing, flossing, waterpik, etc. his gums were red and bled upon light to moderate contact.  To try to identify the bacteria or parasite that was causing the inflammation, I did a microscope evaluation.  However, to my surprise his bacteria count was low and he didn’t have the typical microbes I find with inflamed, bleeding gums like spirochetes and amoeba.  So what could be causing this patients bleeding gums?

Finally, I asked him about his diet and what supplements he was taking.  When he said he was taking a multivitamin and nothing else,  I asked him about vitamin C.  He said, “I don’t know.”  At that point, not having any other answers to help him, I suggested he look into vitamin C and take 1000 milligrams a day until I saw him next.  This was a year ago and ever since then, he has not had bleeding gums when he came in for a cleaning.

In his case the ‘cure’ was not expensive, traumatic deep cleanings, gum surgery or antibiotics were unnecessary.  The solution was a simple and inexpensive vitamin that the body needs to maintain soft tissue, including the gums.  Vitamin C is truly a lifesaver and can seem like a miracle to those that are suffering from gum disease.

So, here are my recommendations when it comes to Vitamin C:

If you have any questions and are local to San Diego, call my office and speak with Victoria about your situation.  Our office number is 760-632-1304.  Be sure to let her know you read this article.

Who hasn’t done this?

When I was young I remember sucking on oranges like this.  Looking back I wonder why so many kids did this. Maybe it was because we were craving Vitamin C for the development of our collagen and the health of our gums.  Just a theory but an interesting one.

Comment below if you remember doing this as a child.