3 Truths in ‘Root Cause’ Movie on Root Canals 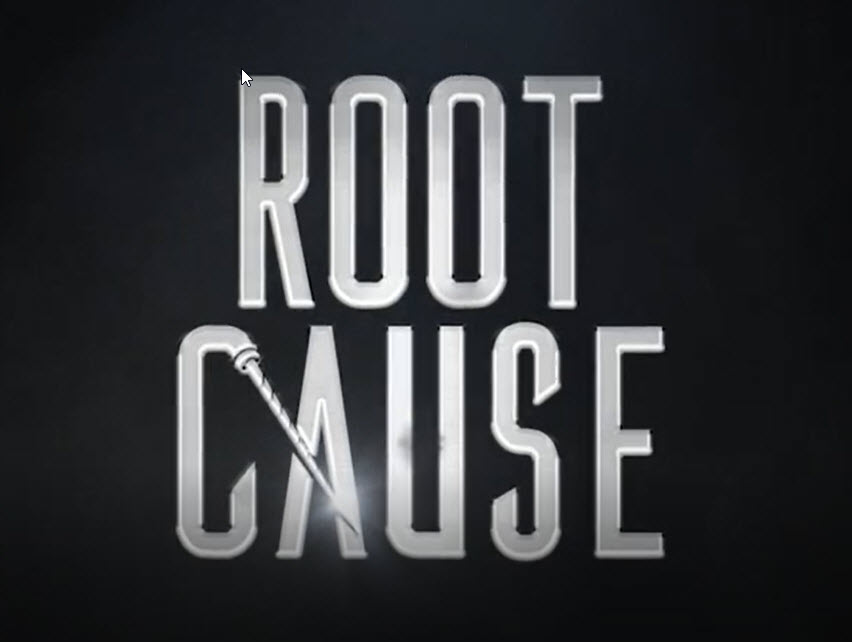 The Netflix movie “Root Cause” caused quite a stir and not a day goes by that someone comes into my practice and says, ‘I watched that movie on root canals and I want to know if my teeth are ‘infected.’  I have to tell them root canal infections are a real thing and can be very serious but not all root canals are infected as the movie states.

Even though the movie has been taken down from Netflix recently, I believe it is still available on Amazon for around $12.  I don’t know why Netflix took it down.  However, what I have heard is that Netflix is all about entertainment and this movie is not about entertainment.  In fact, it is quite inflammatory and controversial.  And if you have a root canal, as most people do, you can’t come away from watching this without being upset, scared, or at least seriously questioning if your root canals are going to make you sick.  The movie states in no uncertain terms that root canals are responsible for myriad health conditions as far ranging as diabetes, Lupus, autoimmune disease, fibromyalgia, arthritis, heart disease, panic attacks, and even cancer.  To add more fuel to the fire, the movie states that if you don’t have any of these diseases or conditions now, you will most likely get them in the future.

What ‘Root Cause’ Got Right

As promised in my last article, I am going to state the 3 truths in the movie “Root Cause” and how they can contribute to the success or failure of root canal therapy.

Truth #2:  The body cannot reach these bacteria because the tooth no longer has a blood supply to deliver immune cells, nutrients, and antibiotics to the tooth.

Truth #3:  A root canal tooth can become re-infected or the original infection may never heal.

After watching the above trailer, you can no doubt see how a movie like this could take the organic and alternative communities by storm.  But in my opinion, the movie takes it too far.  In the end, all they have produced is controversy without backing it up with facts or research.

Therefore, because of the inflammatory nature of Root Cause and the confusion it is creating, I have set out to clarify the truth about root canals.

Naturally, everyone who has seen that movie thinks their root canals are infected and wants to know if they should ‘pull’ or extract them.

But, contrary to what the movie says not every root canal is infected nor do root canals cause disease, at least not by themselves.  There are so many causes to a disease that it’s impossible to identify one single cause.  Could root canal infections be one factor or cofactor in a particular disease?  Yes.  Is it the cause of diseases like breast cancer as the movie states?  No.

So, what is a patient to do when faced with such strong and definitive opinions when it comes to the risks of root canals?  Besides the movie sounds so plausible and believable.  On one hand, you have alternative practitioners saying that 98% of root canals are infected and should be extracted.  On the other hand, you have almost the entire dental profession singing the praises of root canals and dismissing any risks as voodoo medicine.

Just last week at a medical/dental conference in New York City, I presented my findings and current research on the rates of reinfected root canals and their systemic effects.  Of particular concern is the correlation between infected teeth and heart disease, which is still the number one cause of death in the United States.

The results of an initial pilot study I did on the patients in my practice correlates with current statistics, which you will find in the section below.  The link between gum disease and heart disease has been well known for the last 20 years.  The link between infected teeth and heart disease has not been as widely researched.  More research on this topic is certainly necessary and I will be pursuing all the data on this closely.

In order to make the public more aware of this issue I wlll be offering webinars on this topic later on this year.  If you would like to attend a webinar on Root Canals, Oral Infections and what to do about them click on this link to sign up.

If I Have Root Canals Should I be Concerned?

If you have old root canals and have never had a 3D image taken of your mouth, yes there is cause for concern.  The reason is that with old root canals your teeth often don’t hurt as the nerve of the tooth has been removed.  However, the danger is of infection is very real, as my research and other research out there shows that 40% of existing root canals are infected.

This is a staggering statistic.  If the figure stated by the American Association of Endodontists is correct and there are 20 Million root canals done every year in the U.S., this means that 8 Million of those teeth are going to get infected at some point?  That’s 8 Million teeth getting infected every year.

If you have root canals, especially if they are old, you should have them checked out.  If they are infected, you need to seriously think about treating them.  The reason is that patients who have infected root canals have higher levels of systemic inflammation which is a risk factor in coronary heart disease.  According to the research people who have infected root canals have a 2-3x higher risk of coronary heart disease.  That is a staggering statistic.  I will be going over the research on my webinar.  Please sign up in the form below or pop up and I will notify you by email when the webinar is scheduled.  Also, please let friends and family know about this important topic.