Know the Cause TV: Interview with Dr. O’Rielly and Doug Kaufmann 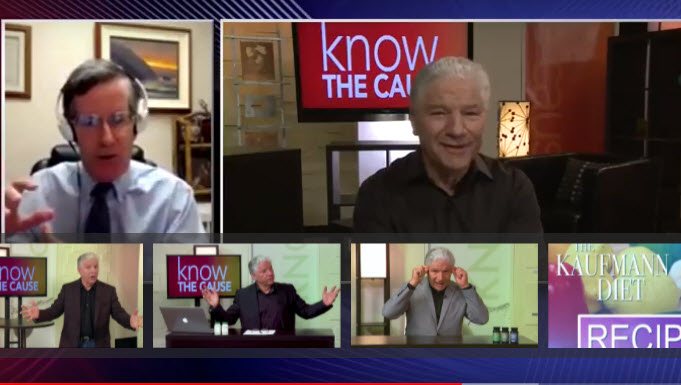 I had the pleasure of being interviewed on the TV show and podcast Know the Cause hosted by Doug Kaufmann. It was a lot of fun. Here is the clip that aired Tuesday and a screenshot of the show that was posted on YouTube.com yesterday. During this segment Doug and I talked about dental materials like mercury amalgam fillings and the toxic materials in composite fillings. We also talked about how to remove these materials safely from the teeth so that you are not exposed to heavy metals like mercury and BPA from white fillings. The reason why this is important is that mercury is a know neurotoxin and BPA is a known hormone disruptor. Both substances are listed in the State of California’s list of toxic substances.

Here are a few questions and comments from the show with a little bit more added by yours truly:

Doug Kaufmann: Dr ORielly, let’s get started with what my audience wants to know. I’ve got some mercury in my mouth that a dentist, in 1958, put in my mouth. Am I going to die of a cardiovascular event or get Alzheimer’s from that mercury? Is that a good thing or a bad thing and can I leave it in or should I get it out?

Dr ORielly: First of all no amalgam fillings should be in the mouth that long. Yes, definitely, you should get those fillings replaced with something else because the longer mercury amalgams are in the teeth, the weaker the teeth become. The metal is very unforgiving and cracks the teeth over time. That’s why so many crowns or caps needed on teeth, because the metal fillings were too big or were left in too long.

As far as toxicity mercury is a known neurotoxin and is released in very small amounts during your daily chewing. However, over the course of time combined with other sources like fish, for instance, it can build up      in the system, which is not a good thing. Everyone has different ability to deal with toxicity, depending on their immune system and ability to detoxify, but the moral of this story is don’t wait till it’s too late and you begin suffering from some neurological condition that there is no cure for. Detoxing the body of toxins like mercury should be one of the cornerstones of a healthy lifestyle.

Doug Kaufmann: Yep, now some people are having those out, Dr ORielly, and having composites put in, but I’m worried about BPA and other plastic composite material. Do you worry about that?

Dr ORielly: Yes I do. A lot of my patients are MCS or multiple chemically sensitive so they can’t tolerate metals for instance, and some of them can’t tolerate plastics or chemicals like monomers, or the Bisphenol A      in composites.

So first, you want to use composites that don’t contain those chemicals in them. There are a few that don’t contain them. You have to know which those are, of course, but most of the holistic or biological dentists know the differences in the materials that they are using.

The second thing is, it’s important how these old fillings are removed during the dental work. If you are doing a new filling or crown and need to remove metal fillings or old composites, you don’t want to be exposed to the metal or BPA in those fillings while it’s coming out of your tooth. There are special protocols that aren’t difficult to prevent the exposure while the drilling is being done.

Dr ORielly:  I speak about this at seminars and conventions, and there are also pictures on my website that show the rubber dam for instance, which protects your mouth. It’s like a raincoat over the tooth, so while you’re drilling on it, none of the metal gets into your mouth or is swallowed for instance. You don’t want to swallow metal like mercury.

Doug Kaufmann: Certainly. Thank you, Dr ORielly, for being with us today.

Being on this show was so much fun. There will be other segments airing during the month of November and I will let you know as far as I can ahead of time in case there are some of you that want to stay current on how dentistry affects overall health.