5 Microbes That Cause Gum Disease 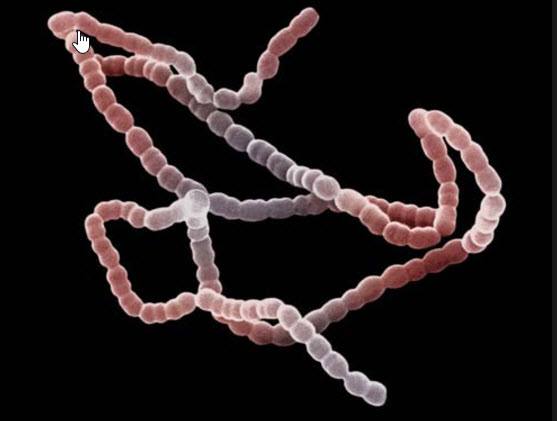 A healthy mouth is a complex ecosystem and like any ecosystem, is susceptible to imbalances.  Microbes causing gum disease creates imbalances that results in local and systemic inflammation, affects heart function and compromises overall health.

It’s important to know about gum disease so that you can practice preventive care.  Gum disease is an inflammatory condition as is heart disease.  The bacteria hiding in your plaque cause the immune system to react, therefore causing your gums to bleed. In fact there is evidence that dental plaque is similar to the plaque that contributes to heart problems. The link between gum disease and heart disease has been well documented since 1999.

According to the American Heart Association, cardiovascular disease is the leading cause of death globally, numbering more than 17.3 million deaths per year   That number is expected to grow to more than 23.6 million by 2030.  In addition the Center for Disease Control estimates that 50% of adult Americans over the age of 30 have some stage of gum disease as of 2016.  A recent New York Times article has the estimate at 75%, since gum disease often goes undiagnosed.

Gum disease has also been linked to:

Dr ORielly has done a pilot research paper on the reversal of gum disease and has spent the last ten years documenting through video the microbes found at different stages of oral health and gum disease.

Here are some of the microbes to that are found with a high definition microscope:

Amoeba:  One particular amoeba, E. gingivalis, is common in cases of gingivitis up to and including advanced gum disease.  It is a highly adaptive life form that can be very adhesive.  Amoebas are aggressive parasites that cause a lot of the inflammation and tissue damage associated with gum disease.   They survive, and flourish, by engulfing and removing the contents of white and red blood cells.  They are a major cause of bleeding gums as they actually feed on them.

Amoeba can be transmitted through person to person contact, contaminated water/food, and pets also commonly carry and transmit amoeba.  From direct observation, approximately one third of my patients have some form of amoeba in their mouth. I suspect it is more, but finding them is not easy as they live in the base of the pocket between the gums and teeth.  According to the Kansas State University web site, “Multiple samplings reveal the parasite to colonize the oral cavity of nearly all adult humans.”

Spirochetes:  This type of spirally undulating bacteria has the ability to change shape in order to survive. This parasite is so good at adaptation that it can withstand antibiotics.  Spirochetes are aggressive enough to attack even amoeba, as well as attacking red blood cells and white blood cells.  Spirochetes play a role in suppressing the immune system, and one particular type of Borrelia spirochete  (B. burgdorferi) is found present in Lyme’s disease.

Candida:  A fungus found everywhere in the body, it can usually be kept in check by other bacteria that are beneficial.  However, this delicate balance can be destabilized by stress, excessive sugar intake and medications.  It may also increase in the presence of amalgam fillings, since Candida is actually a scavenger that feeds on metals as well as sugars. Candida is common in people that eat sugar in their diets.  However, once off sugar candida tends to disappear rather quickly. 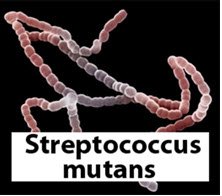 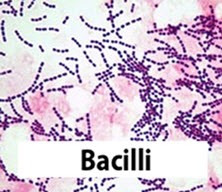 It is best to bring down microbe levels in the mouth with home care because bacteria can be pushed into the system even during routine dental cleanings.  This is called bacteremia and results whenever you have cleanings at the dental office.

As scary as it sounds to have these pathogens lurking in your teeth and gums, most often the problem can be solved by simple and inexpensive baking soda rinses.  Baking soda, which is a form of salt, draws the moisture out of the pathogen cells so that they dry up and can be rinsed away.  In my experience there have been quite a few instances when patients who have been told that they needed expensive in-office procedures have improved by doing consistent home care with salt and baking soda.

I recommend Bob’s Red Mill baking soda.  I use it personally.  After brushing your teeth with your favorite tooth paste (hopefully with a natural toothpaste like Jason’s or Weleda) touch the still wet tooth brush to baking soda to pull up a small amount onto the brush.  Then massage the baking soda onto your gum line with the tooth brush.  Do not brush vigorously.  When done, spit and rinse. Simple as that.

Additionally, an ancient Ayurvedic practice called ‘oil-pulling’ can be adapted to provide a starting point for home care.  Therefore oil-pulling is often a good starting point for home care, although with a twist.  Considerable scientific evidence shows that oregano oil is a natural antibiotic, so combining 2-3 drops of oil of oregano in 1 tablespoons of a carrier oil like cold pressed organic safflower, sesame or olive oil can be very effective.

Swish through the teeth, mixing with the enzymes in saliva to draw out the bacteria in the mouth.  By the time the oil has mixed sufficiently with the saliva for about 5 minutes or so spit it out into a cup.  Do not swallow it as it is somewhat toxic by this point.  Also, do not put it down the sink as it will clog it up.

Although oil pulling isn’t as good as baking soda at killing pathogens, it emulsifies and helps to oxygenate your mouth.  It is often recommended for some of the more involved cases in the beginning, because some  of  the other protocols will result in extensive die-off.   As microbes die-off, the result may be too much toxicity being released into the system. So an oil pulling routine can be a positive beginning step.

A carrier oil must be used, otherwise the oregano can burn delicate gum tissue.  Coconut oil is the most  popular oil and the basis of the original Ayurvedic practice, but it is not a good carrier oil when cold.

Where there are microbes there is inflammation, so a microbe-free mouth will contribute to healthy intestines through the digestive tract.  This is especially important for people with celiac disease and food sensitivities like gluten intolerance, where inflammation can loosen the intestinal junctures.  Since immune cells are to be found in greatest numbers lining the intestines, a healthy mouth also supports a healthy immune system.

as well as evidence that spirochetes contribute to Alzheimer’s.  So preventive care for oral health also supports the digestive system, the immune system and the brain as well as the heart.

Having a thorough exam with your dentist and following up with routine dental cleanings and appropriate home care will also support the immune system, thus improving overall health and quality of life.  I will to be offering a webinar about Holistic Dentistry and what you should know about dental care and systemic inflammation.

In the webinar I will discuss the connections between dental materials especially metals, oral infections and gum disease, and how they affect the heart, gut health and the brain. I will review research, go over case studies and show you what you can do to remove these toxic stressors on the body.

Some of the things I will show you can be done at home with simple protocols that are affordable and easy to do.  I don’t review them here as they require some instruction to do correctly. Thank you for showing an interest and taking the time to read this report. I think you will be thankful that you did. Look forward to meeting you at the webinar.

Carey O’Rielly is a holistic, biological and environmentally aware dentist practicing north of San Diego in Encinitas, CA.  Watch for new video captures of hidden microbes seen through a microscope at www.youtube.com/holisticdds.  Bacteria Attacking White Blood Cells has had more than half a million views to date.  Visit Dr. O’Rielly’s web site and blog at www.myholisticdentist.com or follow  him on Twitter.  ‘Like’ him on Facebook and watch                  for his Facebook Live streaming videos.