Root Canal vs Extraction: Are Root Canals Toxic to My Body? A Review of Weston Price’s Research 100 years later 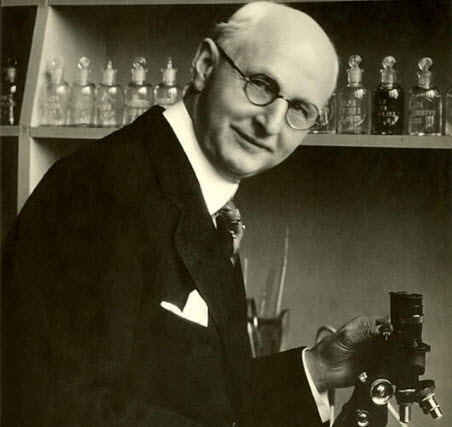 Did Dr. Price have it right when he put out his research on infected root canals and the focal infection theory nearly 100 years ago?  Over the next few weeks, I will be reviewing some basic positions on root canals and their effect on systemic health.  I’m often asked by my patients whether it’s better to get a root canal vs an extraction.  I will be attempting to answer this question by taking a deep dive into the research.  However, I will not just be looking at one side of the issue.  I will be looking at it from all angles and summarizing what opposing sides have to say about this hotly contested subject.

So, who should you listen to and believe?  First of all, let me say that I am sympathetic to the confusion out there as to what to do about root canals and infected teeth.  Most dentists and endodontists (root canal specialists) will say that it’s usually best to save teeth with root canals and that anyone who says differently is just plain uneducated and misinformed.

On the other side, you have the holistic and alternative practitioners stating with great confidence that most root canals are bad and should be extracted.  Some practitioners, like Dr. Mercola, even say that if you leave root canals in place that you will get cancer. So who are you supposed to believe, and even more importantly, if you have a root canal, what should you do about it if anything?

One dentist may say to do nothing and just watch it.  Another dentist or endodontist may say, “Let’s retreat it as we may be able to get a better result and improve the situation.”  A more holistic dentist or alternative practitioner may say, “I don’t think you are going to get better until you extract the tooth.”  This can be quite frustrating as you may feel like you are stuck in the middle or all these ‘opinions’ and left with more questions than answers.

So who is this Dr. Weston Price anyway?

Weston Price was a dentist who was very well respected during his day, as head of the research arm of the American Dental Association from 1914-1928.  Aside from being a practicing dentist, he did research on root canals and their contribution to systemic diseases.  Through his research, he found that an infected tooth removed from a patient and transplanted under the skin of a rabbit caused the same or similar disease that the patient had been suffering from, and later the lab animal would frequently die.  He also observed that many times his patients got better after the offending tooth had been removed (extracted).

He was able to reproduce this result with different patients suffering from different systemic diseases and maladies.  Therefore, he postulated that it was something in the infected tooth that was causing the disease, as he was able to predictably reproduce the disease just by transferring the tooth from host to animal.  From his research and direct observations with patients, Dr. Price came up with the term ‘Focal Infection Theory’ to explain this phenomenon, a term that is still being used today to describe an infection in one area of the body affecting or causing an infection in another part of the body.

Dr. Price’s research was revolutionary and very influential during his heyday.  He was very respected by his peers and other doctors and held many educational meetings on topics as far reaching as dental imaging and root canals.   Today he is somewhat of a folk hero among alternative practitioners and other holistic health-minded people partly due to his focal infection theory and partly because of his work with nutrition.

If Weston Price is so visionary, why isn’t he more well known?

Most dentists and endodontists disagree with Dr. Price’s research and the conclusions he reached.  The people who tend to strongly agree with him are generally alternative practitioners and holistic/biological dentists.

George Meinig, who helped to found the original association of endodontists back in the 50’s, wrote a complete review and analysis of Dr. Price’s research 25 years ago. However, if you bring up Weston Price or George Meinig’s book, “The Root Canal Cover-Up” with almost any general dentist or endodontist, they may roll their eyes and label you as another one of those ‘crazy’ patients.  I will write more about George Meinig in another post.  However, to understand why Dr. Price’s research is not more widely known, all one has to do is go talk to your neighborhood dentist or search the website of the American Association of Endodontists (AAE for short).

What Endodontists and the AAE have to say about Dr. Price’s work.

While plenty of good information is available online from the AAE and other reliable resources, patients sometimes arrive in the dental office with misinformation. This has occurred with the long-dispelled “focal infection theory” in endodontics, introduced in the early 1900s. In the 1920s, Dr. Weston A. Price presented research suggesting that bacteria trapped in dentinal tubules during root canal treatment could “leak” and cause almost any type of degenerative systemic disease (e.g., arthritis; diseases of the kidney, heart, nervous, gastrointestinal, endocrine and other systems). This was before medicine understood the causes of such disease.

Dr. Price advocated tooth extraction—the most traumatic dental procedure— over endodontic treatment. This theory resulted in a frightening era of tooth extraction both for treatment of systemic disease and as a prophylactic measure against future illness. Dr. Price’s research techniques were criticized at the time they were published, and by the early 1930s, a number of well-designed studies using more modern research techniques discredited his findings.

Decades of research have contradicted Dr. Price’s findings since then. In 1951, the Journal of the American Dental Association published a special edition reviewing the scientific literature and shifted the standard of practice back to endodontic treatment for teeth with non-vital pulp in instances where the tooth could be saved. The JADA reviewed Dr. Price’s research techniques from the 1920s and noted that they lacked many aspects of modern scientific research, including absence of proper control groups and induction of excessive doses of bacteria.

• As recently as 2013, a study published in a journal of the American Medical Association (JAMA Otolaryngology—Head & Neck Surgery) found that a patient’s risk of cancer doesn’t change after having a root canal treatment; in fact, patients with multiple endodontic treatments had a 45 percent reduced risk of cancer.

• The only alternative to endodontic treatment is extraction of the tooth. Extraction is a traumatic procedure and is known to cause a significantly higher incidence of bacteria entering the bloodstream.

There is no valid, scientific evidence linking root canal-treated teeth and disease elsewhere in the body. Data showing that “97 percent of cancer patients had root canal treatment” has not been published anywhere. There is no causality between root canals and cancer; just because a person has experienced both doesn’t mean a cause-and-effect relationship exists.

Here is another statement from the AAE directly addressing root canals and the focal infection theory.

More recent research continues to support the safety of dental treatment as it relates to overall systemic health. In 2007, the American Heart Association updated its guidelines on the prevention of infective endocarditis, drastically curbing the indications for premedication for dental procedures and excluding endodontic treatment from dental procedures requiring premedication.

In April 2012, the AHA found no scientific evidence linking periodontal disease and heart disease, concluding that heart disease and periodontal disease often coincidentally occur in the same person due to common risk factors of smoking, age and diabetes mellitus. Decades of research contradict the beliefs of “focal infection” proponents; there is no valid, scientific evidence linking endodontically treated teeth and systemic disease. Yet some patients still hear about this long-dispelled theory.

Please see the end of this article for many of the research papers that endodontists and the AAE list to support these positions (1-22).

15 million root canals are performed in the United States every year and it’s important to have a balanced view of these issues because root canals became the standard approach for treating infected teeth since the 80’s.  Over time root canals often do become re-infected, sometimes without symptoms.  Statistics about the general success rate of root canal procedures vary, however it’s likely that 30 – 40% of them fail and require re-treatment or extraction.

I have a lot of respect for the AAE and endodontists and all their hard work to save teeth.  Root canals are not easy to do and these specialists get the toughest cases.  They have a hard job.

First of all, I agree with the AAE that there is no way to prove that root canals cause cancer, as cancer is a multifactorial disease.

However, I’m not sure the research they list really proves that bacteria from these root canal teeth are safe and do not cause problems.

There is also research that disagrees with the AAE’s position that ‘root canals are perfectly safe and that there is no valid, scientific evidence linking endodontically treated teeth and systemic disease.’  I will list and discuss some of this research in my next article.  Stay tuned.

If you can’t wait till my next article, you can click on the link below to find out more about how I treat root canals:  How to Resolve a Root Canal Infection – A Paradigm Shift.

Here are the references listed by endodontists to disprove the focal infection: